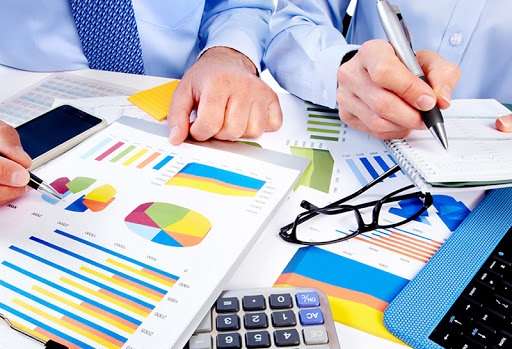 Business people have many faces, but one of the worst we’ve seen is Jeffrey Epstein’s case in the spotlight again after Ghislaine Maxwell was arrested. Epstein, who committed suicide in his jail cell in 2019, not long ago his partner in crime Maxwell was found guilty of recruiting young women who were sexually abused later. What’s happening now is that no other than Deutsche Bank took Epstein as a client. He was already a convicted sex offender in Florida when he started doing business using their services.

How did the bank participate in this?

It seems like the German bank helped him send millions of dollars to his accomplices, who are yet to be confirmed. It mostly transferred money to women who had Russian bank accounts. It wasn’t even the slightest problem the financier’s lawyer asked how much cash he could withdraw without raising suspicion, after which the lawyer showed up scores of times to collect the maximum, $7,500 for every trip. This all began in 2013, leading to the situation we have now in 2020 and furthering the German economy’s insecurity.

Deutsche Bank completely ignored the possibility that Epstein was using the money to support a continuation of his criminal activity. The bank failed to properly oversee its similar banking relationships with two institutions who were already deeply involved in global money-laundering scandals, FBME Bank Ltd. and Danske Bank A/S. They said it didn’t seem suspicious at the time.

What about the law?

By law, banks are required to report certain cash withdrawals to regulators, especially those of $10,000 or more per day for individual account holders. For example, Deutsche Bank set a limit of $7,500 for third party withdrawals. The bank told the regulator that it has no record of if or how it responded to the lawyer’s question about reporting requirements.

The lawyer began arriving at the branch two or three times a month — about 100 times over the years — withdrawing $7,500 each time. In July 2017, Epstein’s lawyer asked again how much cash he could withdraw. After being told the limit, the lawyer came up with a plan to split a $10,000 withdrawal to avoid triggering the alert. Bank managers said to him that what he was doing could be considered as illegal business, but the lawyer said that wasn’t his intent in the first place. Bank staff found him reliable according to the DFS and allowed him to continue his withdrawals.

In the meantime, Epstein had to pay out $7 million in legal settlements and another $6 million to pay his legal expenses and those of his conspirators, the regulator said. Little before Deutsche Bank’s Park Avenue branch closed, the lawyer came back and withdrew $100,000 for Epstein, surpassing the limit of $7,500, saying he needed the money for household expenses.

Why they signed a contract in the first place

According to the consent order, after Epstein’s relationship manager at one major bank moved to Deutsche Bank in late 2012, the manager encouraged top executives at Deutsche Bank to recruit Epstein as a client. The relationship manager promised that Epstein could generate as much as $100 million to $300 million in “flow,” as well as $2 million to $4 million annual income

Although Epstein’s criminal history was laid out to the bank in a memo, bank executives signed off on adding him as a client. The bank even allowed him to protect his identity by keeping his funds in various entities that didn’t bear his name.

After moving his funds to Deutsche Bank, Epstein began sending out payments of more than $10,000 to individuals who seem to be his co-conspirators. Many of the cash came out of an organization created by Epstein called the “Butterfly Trust.”

Deutsche Bank gave notice to Epstein in December 2018 that it would be closing his accounts, but it still affected its reputation on the stock market immensely.

How Deutsche Bank dealt with the situation

Deutsche Bank was fined $150 million, and signed off on a consent order to outline the compliance lapses. Deutsche Bank said it deeply regretted its association with Epstein and reported it had cooperated with U.S. authorities. The bank said it had spent almost $1 billion to improve its anti-money-laundering controls. Deutsche bank stock share worth is constantly falling these days, so the future of their business remains uncertain.

How China plans to keep its stock value and economy steady