✕
Tuesday, December 6
Home›Business›What is the Importance of Ports in Foreign Trade?
Business

What is the Importance of Ports in Foreign Trade? 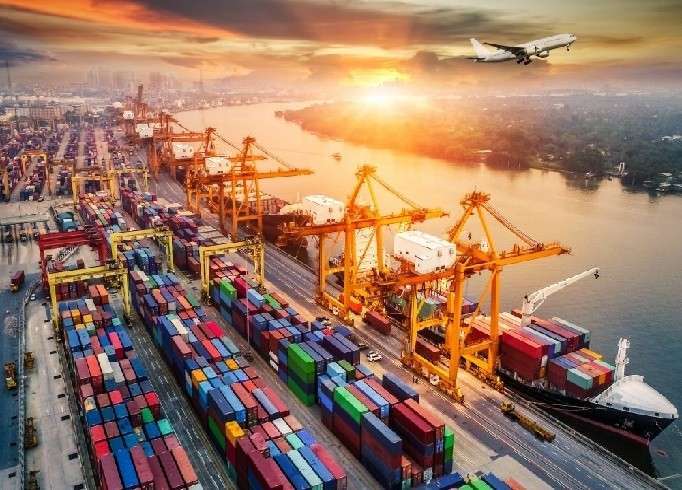 Commercial ports are key infrastructures for the development of a territory. They represent a gateway to the world for sending and receiving a wide variety of merchandise, contributing to the wealth and commercial activity of the territory that forms part of their area of ​​influence, known as the Hinterland. Due to their connectivity with other ports worldwide through the different maritime routes, the ports are integrated into all the regions of the planet through a capacity called Foreland.

In the new maritime trade geostrategy, the nautical development and the concentration of ports stand out, as well as their direct relationship with agriculture, industry and energy. Several factors determine the importance of a port. Among the most outstanding are the strategic location, its size and capacity to receive ships, the volume of merchandise moved, the agility of its manoeuvres to load and unload merchandise, and the fiscal policy of the country where they are located.

Seaports have been key in developing trade since the Phoenicians began the flow of food and consumer goods through the port of Carthage, which, together with Portus, near Rome, Piraeus, near Athens and Alexandria in northern Egypt, constituted the four seaports of the ancient world. Regardless of the great battles and conquests staged in these ports, their importance lay in the possibility of expanding empires such as the Roman or Greek through the Mediterranean, connecting Europe with Africa and the Middle East. Through these ports, it was possible, on the one hand, to mobilise the armies and their supplies in the great conquering campaigns and, on the other, to establish routes for the commercial exchange of raw materials, merchandise, grains, live animals, spices and other marketable items, once the different regions of the known world were dominated by the great empires of that time.

Historically, international trade has been carried out between 80 and 90% through seaports, uniting producing countries on different scales and diversifying production processes, with consuming countries, in such a way that currently, regions such as Asia, one of the largest producers of satisfiers worldwide, connects with North America, -today the first consumer region in the world with the United States in the lead and 26% of world trade-, through maritime routes that include the large Chinese ports, which together handle the largest volumes of containers globally, as well as ports in Korea, Japan and countries as small as Singapore, which despite its small area of ​​just over 700 km2, It holds the 2nd place in the world in handling containers with just over 30 million TEUs per year.

Not in vain, the Asian basin is the largest maritime container exchange area that transports raw materials such as components and finished products for export to markets in other world regions. In the same way, thanks to the development of their economies and the growth of their per capita income, Asian nations are also the destination of numerous capital goods, durable and high-consumption goods, from various parts of the planet. In the Middle East, regardless of the large oil ports, the port of Jebel Ali in Dubai stands out in the container exchange line, which holds the 9th place in the world,

Europe, for its part, is currently one of the regions with the highest port density in the world. It has 1,200 commercial ports, some of which are the largest in container traffic. In this sense, they stand out, among others, for the volume handled: Rotterdam, Antwerp, Hamburg, Algeciras, Marseille, Bremen, Valencia, Le Havre, Marseille, Genoa and Barcelona. Logistics _The regional region has become the spearhead in the development of modal exchange facilities since the creation of the European Union, a fact that allowed the erasing of internal borders to constitute one of the most dynamic economic regions of the entire planet, with which its ports ceased to have a national perspective, to become true promoters of the commercial exchange of the European region with the rest of the world.

As for inland facilities in Europe, as nodes of modal articulation with seaports, sites such as the Interporto de Nola, near the port of Naples, the Interporto de Padova in northern Italy and PLAZA, the Logistics Platform of Zaragoza stand out. Located between Madrid and Barcelona, it constitutes a nerve centre of distribution in the North-South axes of all Europe and East-West between Spain, Portugal and Italy.

In the United States, its main port facilities are led by the Los Angeles-Long Beach and Oakland binomial on the west coast -recipients of the largest exchange volumes from the Far East-, followed by New York and New Jersey, as well as Virginia, Charleston, Georgetown, Savannah, and Brunswick on the eastern seaboard; Houston and the Port of Miami on the Gulf of Mexico; and finally Seattle and Tacoma in the northwest of the country. Through this entire port network, the trade of the United States with Asia, Europe, North, Central and South America, and Africa is established.

One of the most competitive characteristics of North American ports is that they are connected through an impressive network of rail corridors with double-stack container transport services, which were developed in the late 1980s to replace the strategic position of the Panama Canal that would be delivered by the United States to the Panamanians, on the first day of the new millennium. In its East-West direction, the railway corridors allow the exchange of maritime containers between both coasts of the country efficiently while delivering and collecting merchandise .at various points along its route and which, in turn, feed the maritime flows of regional and global exchange. In its North-South direction, the double stowage corridors have been extended to Canada and Mexico, added with land container flows, with which the commercial exchange of our country has increased substantially.

Mexican ports, for their part, have their oldest reference point in the Port of Villa Rica de la Veracruz, founded 501 years ago, which at the time was the most important node of exchange between New Spain and Europe as well as the historic port of Acapulco that received the Nao de China. Currently, among the 117 ports Mexico has are Manzanillo, Lázaro Cárdenas and Ensenada on the Pacific coast, and Altamira and Veracruz itself on the Gulf of Mexico stand out due to the growth observed in the volume of traffic exchanged. Maritime trade with the rest of the world from the end of the 20th century to the present day. In a similar way to the United States, they have developed in the interior territory,

Although approximately 36% of Mexico’s trade is carried out through ports, the proximity and land connectivity of our country with the largest consumer market in the world, through the northern border, forces us to maintain a higher volume of trade abroad through the use of land modes: rail and motor transport. However, the projects for the New Port of Veracruz are currently under development, which will allow an exponential growth of its berthing facilities and its specialised terminals with a projected increase of at least three times the current volume and the expansion of the Port of Manzanillo, that in recent times has reached more than 3 million containers mobilised and that with the projected growth, it will consolidate itself as the largest commercial port in Mexico.

The ports of Ensenada, Salina Cruz, Coatzacoalcos and Progreso deserve special mention for their growth potential in container handling. The last three are involved in the current projects of the Tehuantepec Transisthmian Corridor and the Mayan Train, aiming to boost the southeast region’s economic growth in the coming years.